After jumping out of the Poison Dwarf’s car to escape his lust-dressed-up-as-apology — which I paraphrase here as “I behaved badly, it’s your fault, and I will make you pay” — I realized I better apply for jobs at other newspapers.

I sent out applications to a dozen newspapers across the country, including in the North. I’d always imagined I’d have to go somewhere remote for my first full-time job, and I was fine with that.

I also kept research and writing stories in my off hours, while evading the gaze and grip of the PD, my mentor, who I never spoke to for the rest of the summer. I contemplated going to his bosses to complain about his behaviour, but who? It was the ’80s and I was supposed to shrug it off.

Around me, my real or imagined competitors were dropping. One student took a scholarship to do an advanced degree in the UK, and another — the future editor-in-chief of the Globe — took a job at a regional paper after being told the Star had no jobs.

Of the three other female students, one ended up in a messy relationship with a married editor, a superior. He went on to give her a very bad performance evaluation. She was devastated when she received his bogus and cutting appraisal. It was a variation of the theme, “I behaved badly, it’s your fault, and I will make you pay.” She went on to become a leading justice reporter. Another female student quit mysteriously with two weeks left. She later became a leading columnist and award-winning writer.

It was an environment of extremes, both exhilarating and noxious. There were parties, drinking, intrigue and byline counts. It was fun, but often felt icky.

We all still assumed the three returning students from the previous summer would be hired, not least because they all got the best assignments. I envied their front-page stories and swagger, their easy way with assignment editors. Then one of them started golfing during the workday, or so we’d heard. We all speculated: wasn’t that a firing offense instead of a hiring offense?

For the last three weeks of the program, I was sent to the Star’s West Bureau, which was in Mississauga not far from the huge Square One shopping mall. I bought a brown leather jacket with shoulder pads and a fake lamb’s wool collar for $450. It was the most expensive item of clothing I’d ever purchased, but I figured I should buy it while I had a salary.

Soon, I would wonder if it was warm enough for Winnipeg.

When the Winnipeg Free Press offered me a job, I accepted and began to explore a move to the city I’d lived in as a child.

Quite honestly, I should have turned down the Free Press and taken a year to get off the prednisone and make sure my lupus was truly in check. But I didn’t have anyone giving me wise advice, and I still didn’t understand that I had an illness, the wolf, that would stalk me forever.

Meanwhile, no one had been hired.

The summer was about to expire and Labour Day weekend was upon us. I remember being in the West bureau finishing up an assignment when a call came in for me. It was the City Editor, Lou Clancy, who oversaw the paper’s huge army of reporters and editors. I didn’t know him well, but knew by reputation he was a man of few words.

As a reporter. At the Toronto Star. 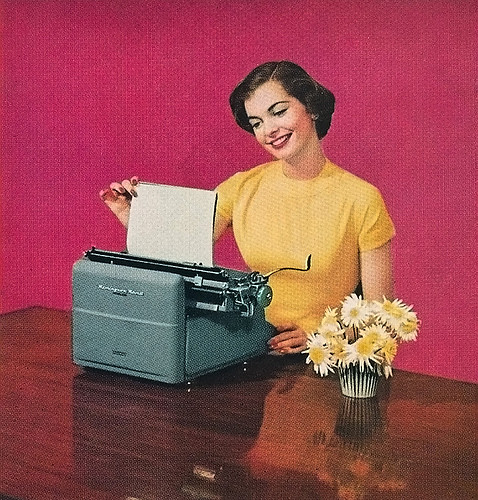 I was to start a week after Labour Day as a general assignment reporter in the East bureau, located on the far edge of Scarborough. Me.

I found out later that the summer student who’d allegedly been golfing not working hadn’t been hired. (He’d go on to become a foreign correspondent for a major TV network).

“Wait!” I blurted before the city editor hung up. “Would it be OK if I came down to meet with you, discuss the summer, the job?”

Later that afternoon I was sitting nervously across from Clancy, who was behind his document-strewn desk. I thanked him for the job and then asked for a week off. I was exhausted.

I also asked for a Star car loaner to drive to the East bureau until I’d earned enough to buy my own.

He agreed to both requests. I was on a roll, so I decided to say what I’d actually come to say.

I told him what I knew. That the behaviour of some of at least one mentor and one editor had been completely inappropriate. My mentor had harassed me throughout the summer while an editor we all had to report to had a relationship with one of the female students.

“You are the biggest newspaper in the country. All this makes the program sort of a joke. It’s just not appropriate.”

He thanked me when I was done ranting, but that was it. In the ’80s, there were few policies against behavior that had always been commonplace.

I’ll never know if what I said had any impact, but the PD was never given another “sweet young thing” for the summer.

I was elated to have won the job of my dreams. So I had to get to it.

Over the next many months, as I tapered down on prednisone, I would learn what it was really like to try to work as a reporter with a severe autoimmune disease.

(NOTE: Top illustration is from1953 illustration by Harry Zelinski. Bottom image is from a Remington “noiseless” typewriter brochure).

ABOUT THE SICK DAYS

THIS NARRATIVE-DRIVEN BLOG (STARTING WITH PART 1) IS ABOUT FINDING A WAY TO WORK IN DYING NEWSPAPERS AND DINOSAUR NEWSROOMS, WHILE HAVING A SERIOUS AUTOIMMUNE DISEASE.
I’M A THREE-TIME WINNER OF THE NATIONAL NEWSPAPER AWARD. AND WHILE WORKING FOR 25+ YEARS, I’VE BEEN BOMBARDED WITH MANY TOXIC DRUGS TO PROTECT MY INTERNAL ORGANS AND KEEP MY IMMUNE SYSTEM IN CHECK. IT’S BEEN AN ORDEAL, BUT MY SENSE OF HUMOUR IS INTACT.
THESE ARE THE SICK DAYS.

the sick days: in parts

Musings of a Prairie Dweller

Join me as we wind back the time in Ottawa.

Written from the heart, this is the unadulterated truth of life with multiple chronic illnesses and being housebound. My life open for you to follow. Please join me

Working to make our city the Green Capital of Canada

Words and Pictures from the Middle East & Balkans

Comfortable In My Thick Skin

Gotta Find a Home
In Sickness and In Health

My Prayers and Thoughts

Be brave, little fighter. There's a warrior within you.